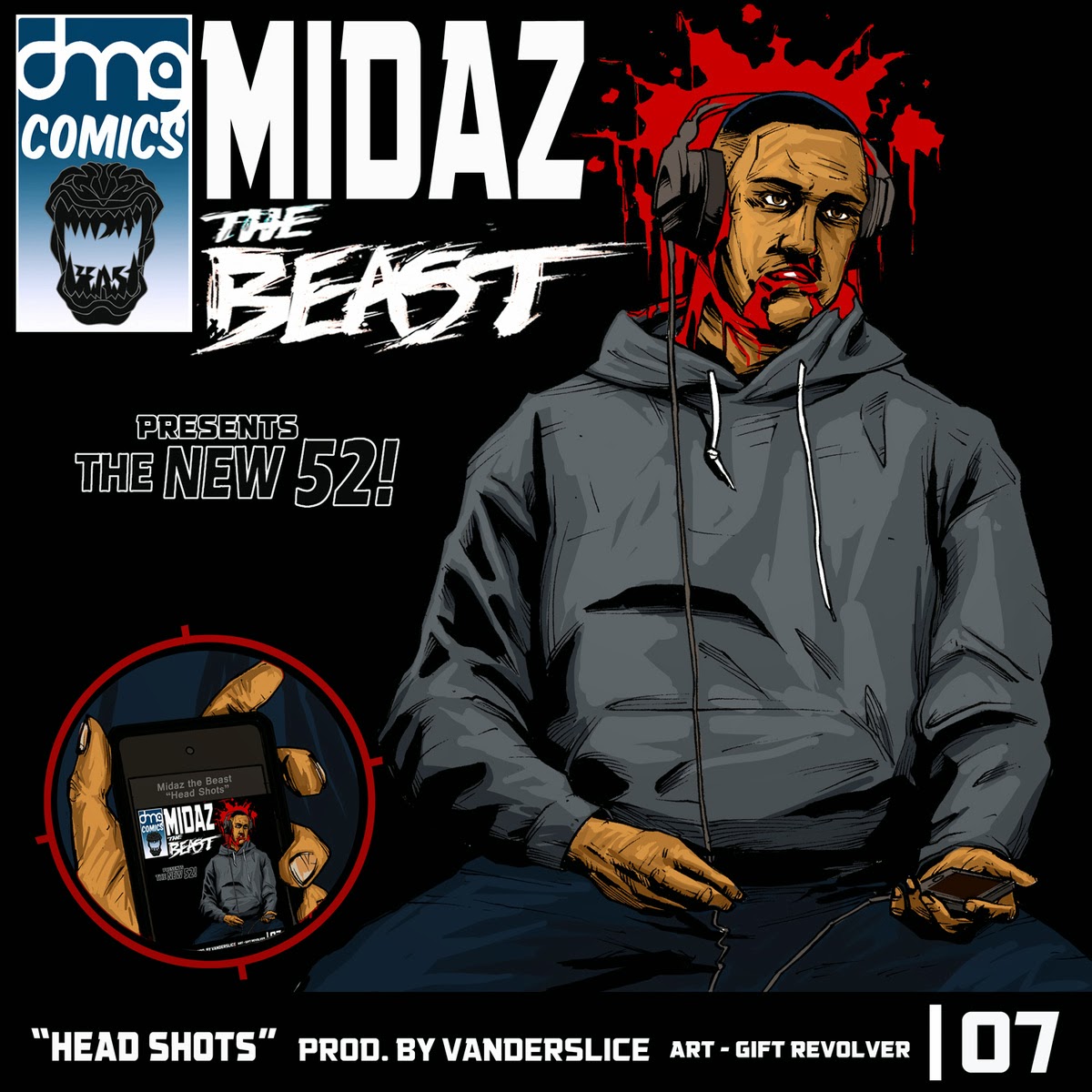 'The New 52' week 7
Headshots was a joint that was set up by my the good people at Salem Psalms in ATL. They were working on a mixtape with Unique Squared, the company that had that insane mobile studio. I, along with my homie Conshus of Ourshow here in Orlando, jetted out to Miami to knock out the joint in the aforementioned mobile studio, which was of course, in a bus. The science was that we had to step on the bus, pick up a pair of headphones and listen to beats for the first time without knowing who made them and select one to work on. Once selected the song had to be written and layed on the spot in the bus. Crazy. This is the result. Fat shout to Amond Jackson and Soul Wallace, and also check the rest of that mixtape here (www.djbooth.net/index/mixtapes/entry/unique-squared-official-sxsw-mix/) for joints featuring my Dox brothers IMAKEMADBEATS, TzariZM, and Synopse among other hip hop luminaries. #BEAST