MidaZ The BEAST - Change (Prod by Was Legit) (Single) 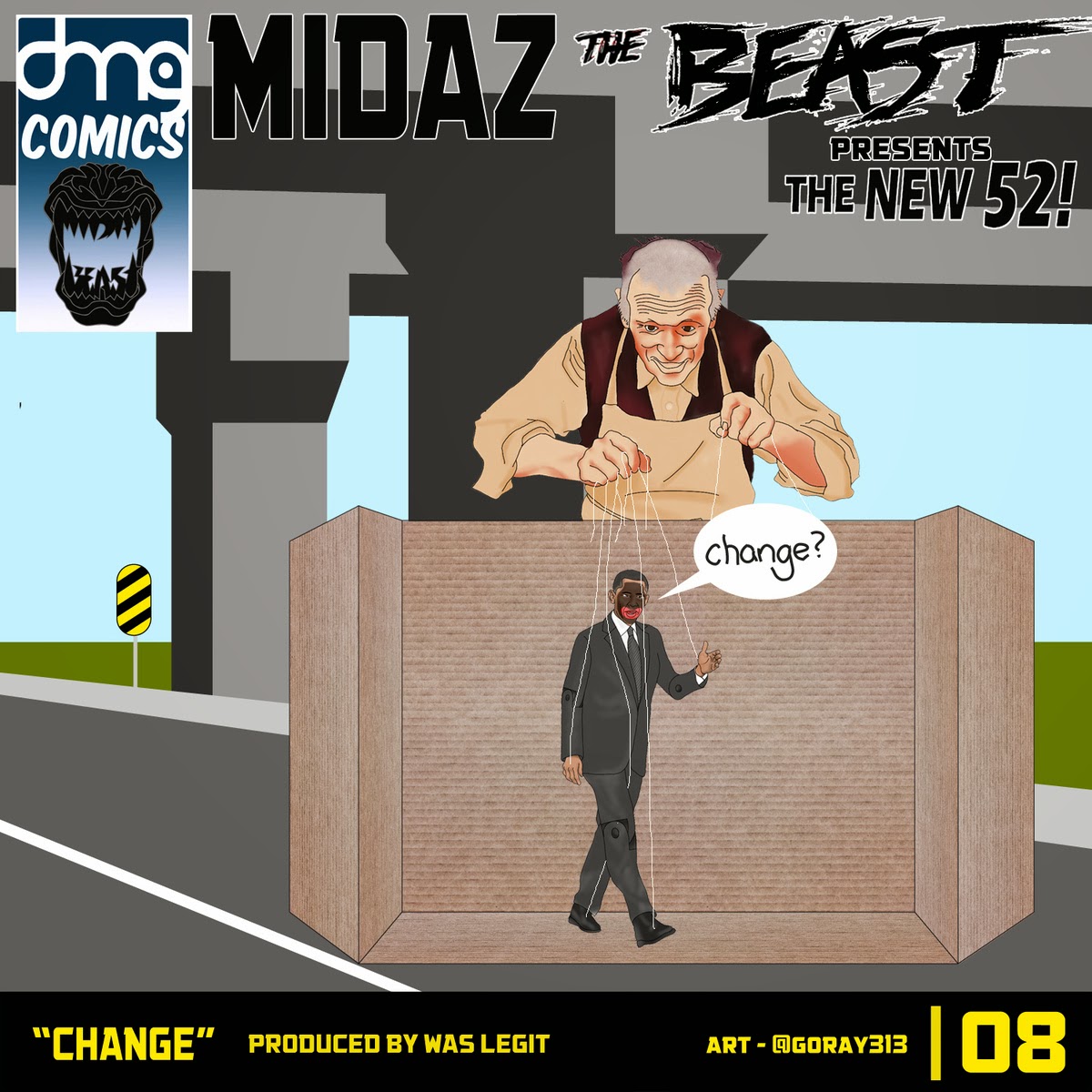 Change was actually a song I was working on that was supposed to feature a verse from Grand Puba. My cousin was working with Puba on some stuff and the connect was made. Even though the song never gained the Puba feature, I decided to tack another verse on it and finish it anyway. Recorded this some time during Obama's first term. Shouts to my man Ben Goraj on the art on this one. Represents what i was trying to say in the song beautifully.