"Black Bodies, produced by Praise, addresses America’s lack of accountability when it comes to African-American deaths, police brutality, and the double standards of race in the U.S. The song was written by Supastition after reading an article on the “moral authority of America” and witnessing the slew of recent deaths of unarmed Black men. Directed by award-winning director, Will Feagins, Jr (High Impact Multimedia), the music video contains moving imagery, straightforward song lyric quotes, and powerful messages shared via social media in the past year." 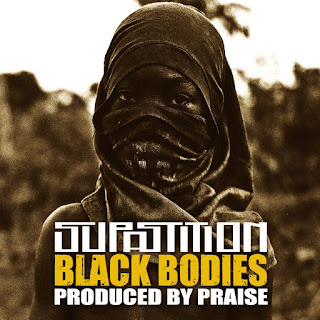 Email ThisBlogThis!Share to TwitterShare to FacebookShare to Pinterest
Labels: Videos